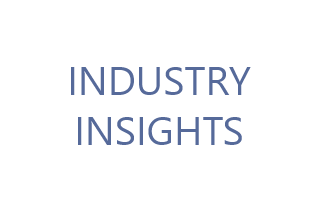 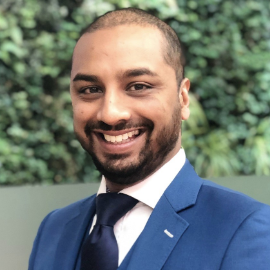 The UK’s decision to (attempt to) leave the EU back in 2016 has had far reaching consequences – way beyond politics, but what has it meant for the Government recruitment market?

Following a long period of austerity where professionals in the civil service were limited by a pay ice-age, many Government organisations, particularly Whitehall departments were seen as a departure lounge for talent. There was a shortage of people coming in from other sectors and with compounding pay restrictions on internal promotions to boot, even the emerging talent was being stifled.

The crew that remained was typically those talented individuals motivated by the calling of public service or those lacking the motivation or skills to ply their trade elsewhere. The former, of course, is a good foundation; a highly motivated, new generation of civil servant emerging in challenging times, having to abide by the Government’s mantra of ‘do more with less’ will have the best of intentions. If they have the resilience too, it’s a fantastic apprenticeship to look after public money. But boy do they need help.

So when we decided on Brexit back in 2016, where could the Government turn to for professional support in this melting pot of limitations? The void typically filled by the Big 4 was growing larger as the associated costs flew in the face of the austerity measures. The impact of IR35 on the public (and not private) sector meant that interims were not just less motivated but positively repelled. The signs back in the summer of 2016 were not good.

Three years have passed since the dawn of Brexit and the professional response and impact of the civil service can be broadly measured. On the whole, it has performed admirably and effectively and certainly delivered more with less but how has this happened?

In my mind, two principal things happened that enabled civil servants to deliver on policy (thus far). Firstly, the captains and band players stayed when the iceberg was hit. There were fewer departures at a senior level than expected and many impassioned and service oriented foot-soldiers committed to the cause remained. This was critical to the motivation and direction of delivery.

Secondly, the behemoth of an iceberg that cleared the decks, namely Brexit, was conversely the beacon bringing in the lifeboats and rescue teams. Previously, Government may have been perceived as a sedate, bureaucratic setting where the political agenda was benign, unimaginative and slower to turn than a large sea vessel.  Suddenly, the highest profile, most complex and exciting change programme of a generation had fallen on the civil service’s doorstep to deliver. Its brand had suddenly changed from geeky librarian to sexy rock star and the word ‘Brexit’, whatever your political view, was the star attraction when it came to attracting new talent.

The ‘Change’ specialist, whether in the profession of Strategy, Finance, HR, IT, Commercial or Policy was suddenly in huge demand but the profession that perhaps flooded Government more than any other is the Project & Programme Management (PPM) interim.

Government departments, particularly those such as DEFRA, BEIS, DIT, Home Office to name a few, that hitherto had been enriched or inexorably bound by European subsidies/influence/policy (or as a Brexiteer may argue ‘enslaved’) needed to chart a new course. No deal planning commenced and well intentioned civil servants with little or no change management experience were seconded to support a PPM profession ripping at the seams. Gradually, more funding came through to tackle Brexit and the interim change managers arrived from outside the sector to bring some much needed commercial viewpoints and demonstrable experience of complex change – albeit not on this scale. Consultancies were loss-leading to remain involved in the discussion and the various scenarios of Brexit were explored and planned for. Newer Government partners such as Veracity Consulting, offering a hybrid solution of interim delivery/consultancy provided the right balance of flexibility, talent and value to operate in the vacuum and really grow their reputation.

Whether those best laid plans bear fruit depends on where the Government and (now unshackled) parliament takes us in the coming weeks and months but whatever the outcome, change professionals and interim managers in general will have a role to play. As will those civil servants who continue to show resilience and character in delivering more with less. Three years on and the ship remains afloat and the band are still playing.