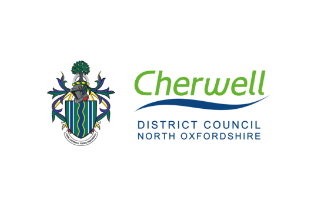 Cherwell District Council is the local authority for Cherwell, the non-metropolitan district of Oxfordshire. Based in Banbury, the largest town situated within the district, Cherwell is an ambitious and commercially-minded local authority.

We were tasked with recruiting an Assistant Director – Finance to operate as a key member of the council’s wider extended leadership team, with direct responsibility for finance. The brief indicated that Cherwell required a candidate to provide operational leadership, direction and impact across the council and within the team to deliver the best outcomes for residents and communities, and drive joint working opportunities.

Acting as Deputy Section 151 Officer for Cherwell, the candidate was required to step up and deputise for the Section 151 Officer, who is split across two organisations. They would need to ensure the establishment and implementation of a financial strategy to support Cherwell’s objectives. The candidate not only had to take responsibility for this, but also had to maintain and develop key stakeholder relationships, and act in an ambassadorial role for the council.

This was always going to be a challenging recruit, particularly given the location and the paramount importance on a candidate to embrace the commercial elements of the role. The council had also unsuccessfully attempted to recruit this position through another agency previously, and were using two further agencies alongside Allen Lane.

With this in mind, we left no stone unturned. We approached a wide range of potentially suitable candidates from our extensive database and gained referrals through our network. Given the location, we proactively approached candidates working in local authorities who were ready to take the step up to Deputy Section 151 level, further building our ever-growing outer-London network. In addition to this, we looked to identify candidates who were currently travelling in to London and looking at opportunities closer to home, or candidates that were looking to move out of London to step up to Deputy Section 151 level within an exciting organisation.

We then vetted and interviewed all longlisted candidates, not only taking skillset and track record into account, but also considering factors key to Cherwell, including leadership qualities, resilience, business acumen and ambition. Following this, we produced a shortlist of candidates which we presented to our client.

We identified a ‘non-active’ candidate by approaching them directly, and sharing the details and challenges of the opportunity as well as vision for the organisation.