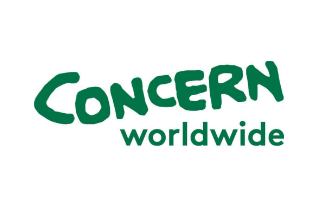 Director of Finance and Operations

Concern Worldwide, the global organisation, was founded in 1968 in response to the devastating famine in war torn Biafra. In 2004, the UK operation was formally established, bringing together offices in Belfast and Glasgow with a base in London. Concern Worldwide (UK) is an integral part of Concern Worldwide, playing a vital role in fundraising and advocacy, and connecting the organisation’s country programmes with humanitarian and development actors in the UK.

Concern Worldwide (UK) does not directly implement programmes overseas, but supports Concern Worldwide to do so. In recent years, the organisation has leveraged their expertise in emergency response and strong supporter relations to influence UK governmental policy to tackle hunger and malnutrition. At the same time, they have significantly grown their funds from public and institutional donors to deliver programmes which alleviate hunger and extreme poverty.

Over the following 18 months Concern Worldwide and Concern Worldwide (UK) were set to develop their next five year strategy, building on the excellent work of recent years. While the UK charity sector faced challenges, and the public fundraising environment is changing, they needed an agile and creative Director of Finance and Operations to provide strategic leadership and management of the finance, human resource and compliance functions. The chosen candidate, with the right approach, would help to maximise their resources and influence to help end extreme hunger and poverty.

Our client was looking to attract the very best candidates for this critical post. They needed to be a fully qualified accountant with a proactive approach, a collaborative leadership style and robust communication skills. Given the breadth of the role and size of the organisation, we needed to target ambitious finance professionals from the charity sector, who were able to demonstrate successful delivery across wider operations.

Coming from a charity background, this is the incumbent’s first Director level role and they are off to an impressive start.